Our accomplished team of professionals includes some of the best in the business, many of whom are CIA alumni. Learn more about our team below. 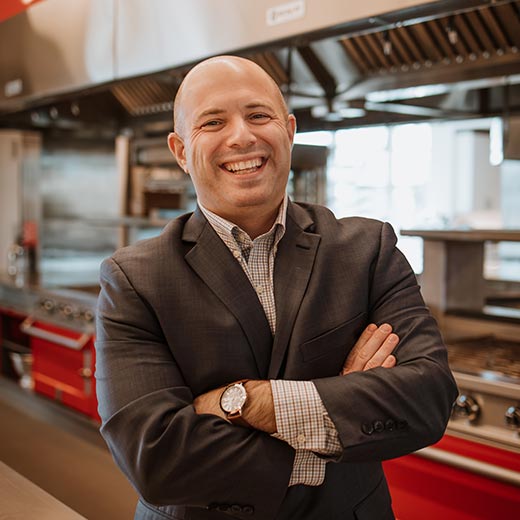 After graduating from The Culinary Institute of America in 2007, John and his wife jumped on a plane and flew to the Napa Valley. Touring the vineyards and tasting rooms of Napa and Sonoma gave him the wine bug and John continued to study with the Court of Master Sommeliers in 2009. His next stops on the wine route were the vineyards and restaurants of France, where he developed a deep appreciation for French hospitality and the wines of the Rhone Valley.

After opening his first property with Wolfgang Puck in Washington, DC, a 250,000 square-foot restaurant, banquet, and event center, John took over the wine program and developed an international list focused on both well-known producers and smaller, Virginia wineries. As he moved across the country buying wine, conducting tastings and training staff, John worked at large and small properties from Texas to California, and continued to search for unique producers making great wine in unlikely places.

Now, after returning to the Napa Valley, John has begun to build a diverse wine and cocktail program for The Grove at Copia that is rooted in the great, classic wines of the valley, but also celebrates the exploration of small California producers who are growing non-traditional varieties and using natural fermentation techniques.

On the cocktail side, John is taking inspiration from Copia’s Culinary Gardens, and is pairing savory items, like fresh sage leaves, Fennell syrups, carrot juice, cilantro, with small batch gins, rums, and tequilas from Sonoma County.

Always hungry to further his education, John is currently pursuing advanced certification through the Wine and Spirit Education Trust (WSET). Outside work, John and his family love to hunt through the restaurants and food trucks of Oakland, San Francisco, and the Bay Area. And even though he calls Napa home, his favorite wines come from a little further south in Paso Robles and Santa Barbara (don’t tell the locals). 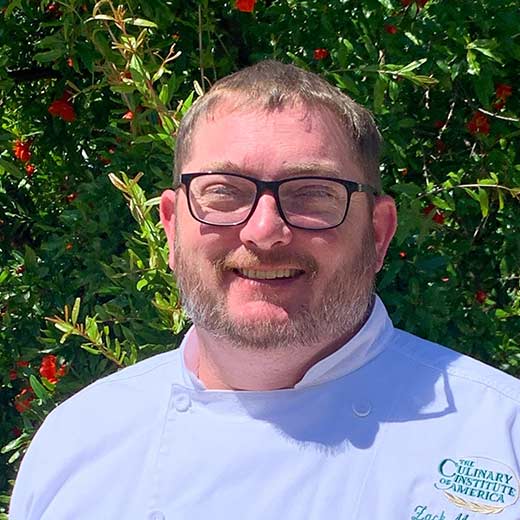 Growing up in Missouri, Zack was really into cooking from a young age. He always had a knack in the kitchen, but didn’t realize it was possible to turn his passion into a career. After working in restaurants for seven years, Zack visited Napa and toured the CIA at Greystone in St. Helena, CA and he instantly knew it was the ticket to finding his way in the industry. He fell in love with the Napa Valley, and he and his wife moved there, both determined to succeed. After graduating from the CIA at Greystone, Zack began working at PRESS Restaurant in St. Helena, CA, where he quickly worked up the ranks to sous chef. He then moved on to work catering around the Valley. Soon after, one of his chef-instructors from the CIA connected him with Chef Sayat, who has brought him on as the sous chef at The Grove. 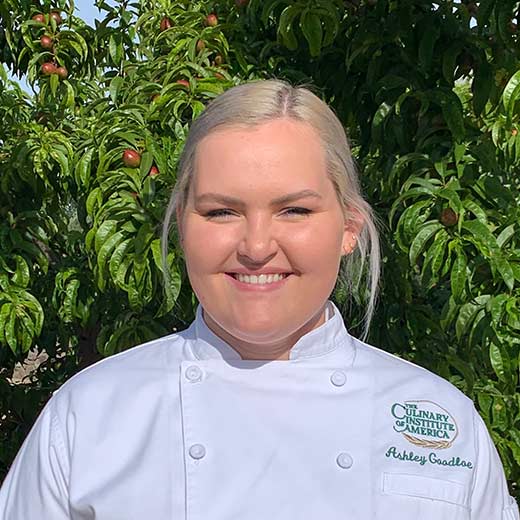 Ashley’s love for baking began when she was little—spending time with her grandmother in the kitchen. Growing up in Costa Rica, she began her own business making custom cakes and that inspired her to further her career in the pastry industry. After graduating high school, Ashley made her way to San Antonio, TX to pursue her pastry chef dreams and attend The Culinary Institute of America, where she graduated in 2020. Post-graduation, she moved to Georgia and began her career as a banquet pastry chef at Sea Island, a luxury five-star resort. One of her favorite things about her work is that she has the opportunity to travel the world and practice her passion—and that is what drew her to Napa to work for her alma mater at The CIA at Copia. Ashley is grateful to be able to make beautiful, sweet creations in the heart of Napa Valley. 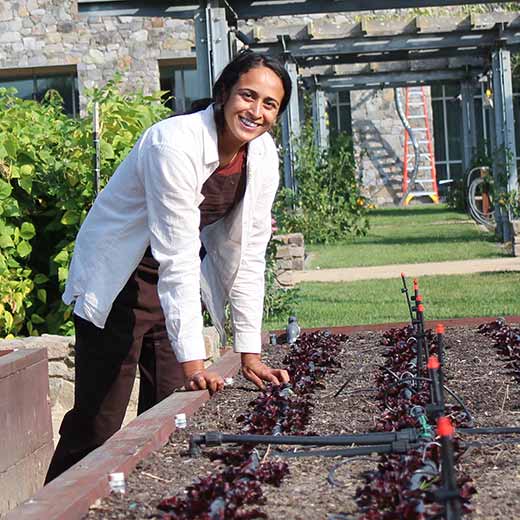 Zainab “Zee” Husain is a recent transplant to Napa. She graduated from the University of California, Davis with a master’s in international agricultural development and is pursuing her passion for growing and learning more about foods from various parts of the world. She is excited to work with the chefs at The CIA at Copia to select and grow varieties that are not commonly found in the local food system. In her free time, Zee enjoys backpacking, running, and cooking her way through her collection of cookbooks.