Price: $20.00 - $60.00
The origin story behind one of Broadway’s most beloved musicals and its creative roots in early 1960s NYC when “tradition” was on the wane.
Join the Napa Center for Thought & Culture for one screening of the 2019 film, Fiddler: A Miracle of Miracles by Max Lewkowicz.

After, enjoy a Russian-themed dinner prepared by CIA chefs. Cost is $60 and includes tax and gratuity. Beverages not included. Optional additional courses are available for an additional fee. Sign up when you order your event tickets.

The origin story behind one of Broadway’s most beloved musicals, Fiddler on the Roof, and its creative roots in early 1960s New York, when “tradition” was on the wane as gender roles, sexuality, race relations and religion were evolving.

For the first time, intimate interviews with the show’s creators reveal how the tremendous success and worldwide impact of “Fiddler,” and its subsequent film adaptation, is most appropriately viewed through themes of the social upheaval and change in mid-20th Century America.

Yet, as the film shows, the true wonder of wonders and miracle of “Fiddler” is that audiences world-wide and for the last half century claim the story as their own. The documentary explores a variety of international productions of the show, detailing how individuals of many cultures see themselves in the residents of Anatevka.

The film includes major worldwide productions from Canada, The United Kingdom, The Netherlands, as well as the last Broadway production revival with Danny Burstein and Jessica Hecht. 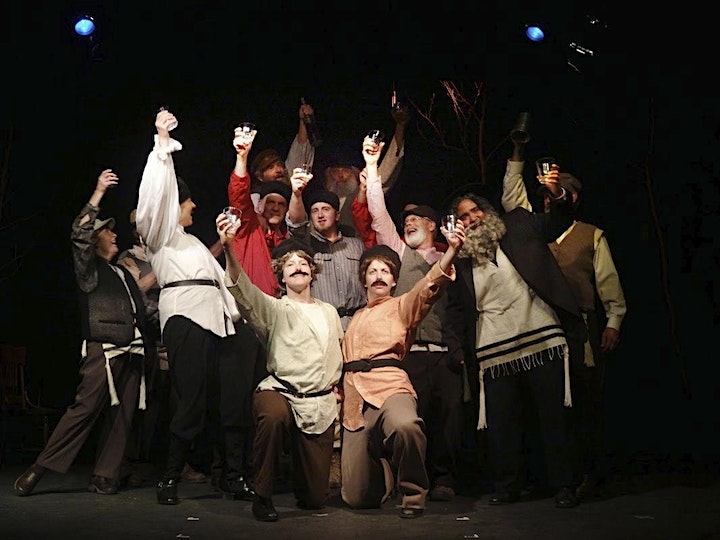 *Please note: This is not a CIA-hosted event.